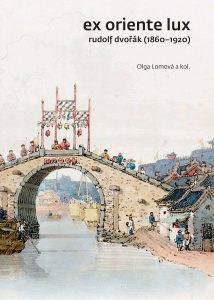 This book was conceived to commemorate the one­‑hundredth anniversary of the death of the first professor of Oriental philology at the Czech University of Prague, Rudolf Dvořák (1860–1920). Dvořák lectured on several Oriental languages (Arabic, Persian, Turkish, Hebrew, Old Ethiopian, Chinese) and held seminars in which students read and critically interpreted texts written in these languages. He also taught courses on the cultural history of China and Chinese philosophy. Dvořák was instrumental in founding a reference library of Oriental philology, which, after his death, contributed to the establishment of the first specialized Oriental studies departments at the Czech university. He was also instrumental in establishing two other fields of study in Czech academia, subjects that he learned about during his studies but in which he was only marginally involved as a scholar: Egyptology and Assyriology. He also worked in university administration, serving as both the dean of the Faculty of Arts and as rector.