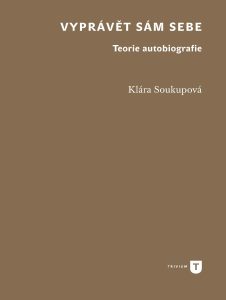 This monography is a theoretical and an interpretative study that deals with the genre of autobiography, its position in the contemporary literary theory and problems related to an interpretation of autobiographical texts. Autobiography as a genre of non-fictional literature refers to real characters and events, but at the same time it is a literary work of art, a verbal construct in which the representation of reality is subject to the intentions of the author and to the rules of construction, that are close to the compositional techniques of fictional texts. The first part of the thesis concentrates on the theory of autobiography and its interdisciplinary context. It summarizes the development of theory of autobiography from the late 19th century to the present. Also, the concepts of the memory studies (especially the concept of collective memory) and the problem of distinguishing fiction and non-fiction (discussed in philosophy of history in 1970s and 1980s, fictional worlds theory, pragmatics of fiction, etc.) are taken into account.  These theoretical and methodological bases are verified and described in the analytical chapters that analyse and interpret the three chosen autobiographies: Heda Margolius Kovály’s (1919–2010) autobiography Under a Cruel Star, My Crazy Century, Ivan Klíma (* 1931), and Václav Černý (1905–1987) and his three volumes of autobiographical Paměti (Memoirs).