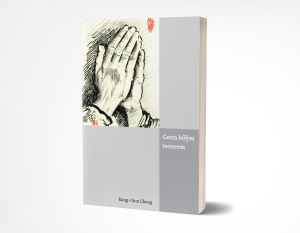 The Czech translation of the autobiography Cesta bílým terorem (Journey Through the White Terror) by Kang-i Sun Chang, a world-renown sinologist, has been published. The book recalls the period of persecutions in post-war Taiwan by giving the account of stormy family history. The preface was prepared by Prof Olga Lomová from the Department of Sinology at the Faculty of Arts, Charles University.

The autobiography by the Chinese professor of literature at Yale University and world-renown sinologist records the author’s childhood and coming of age in Taiwan during the so-called white terror (1947-1987)—as the period of post-war Chiang Kai-shek dictatorship is called today—and her emigration to the United States of America where her whole family followed her one-by-one. The narration revolves around a ten-year period 1950-1960 when the author’s father, Paul Sun, was imprisoned for political reasons.

The book was translated from Chinese and English into Czech by František Reismüller, who is the author of a companion to the history of the white terror period in Taiwan. In a European environment, the text connects little-known historical facts of the early political development of the Chinese Republic in Taiwan and, simultaneously, a lively but gripping description of the life struggle of one family in the specific period. It not only brings the reader a deeper understanding of the historical circumstances of the post-war era—which formed Taiwan as an independent country in a characteristic way—but also extends the comprehension of Chinese history in the second half of the 20th century. Due to its light narration, Journey Through the White Terror does not deprive the reader of pure literary aesthetic experience.

When I was reading this memoir, I have realized that it must have been personal experience and not desire of scientific originality that had predetermined the interest of Professor Kang-i Sun Chang in women’s issues, which she opened as one of the first in classical sinology. There are evident parallels between the scientific focus on female poets and courageous women of Chinese history and the admiration of her mother, who resolutely and with great skill defied challenges in her life.

From the Preface by Olga Loumová

Kang-i Sun Chang (born 21 February 1944 in Beijing as Sun K’ang-i, 孫康宜 in Chinese) is an American sinologist of Chinese origin, an expert in classical Chinese literature, professor emeritus of East Asian languages and literatures, and former Head of the Department of East Asian Languages and Literatures at Yale University, where she acted as the Head of PhD studies for many years and contributed to the study programme Women’s, Gender, and Sexuality Studies. Sun Kang-i graduated from Tunghai University and earned her PhD at the National Taiwan University (NTU).

In 1968, she left Taiwan and went to the United States where she continued her studies at Rutgers University in New Jersey. Then, she enrolled in South Dakota State University, where she earned M.A. in English literature in 1972. Afterwards, Chang entered prestigious Princeton University, where she earned M.A. in classical Chinese literature in 1976 and PhD in comparative literatures in 1978. Subsequently, she has worked, among others, as the curator of Gest Library and East Asian collections in the same place.

The most significant books and publishing accomplishments: