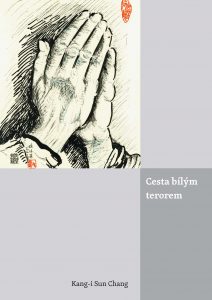 Journey Through the White Terror is an autobiography of Kang‑i Sun Chang, Professor at Yale University and an internationally renowned Sinologist. The book describes the childhood and youth years of the author during the so‑called White Terror period in Taiwan (1947–1987), as well as her emigration to the United States of America, where she was eventually followed by her whole family. The core of the book lies in the period of the politically motivated imprisonment of the author’s father, Paul Sun, during a ten‑year period of 1950–1960. Journey Through the White Terror combines the description of historical facts about the early development of the Republic of China in Taiwan, little known to general public in the West, with a vividly narrated story about the struggles of one family in particular times. It can not only help the reader to better understand the historical conditions that formed Taiwan as an independent country, but also widen his or her general insight into the fate of Greater China in the second half of the 20th century. With its light and intriguing storytelling style, the book brings the reader a purely literary aesthetic experience as well. The book contains photographs from the author’s archive and two annexes: A list of major personal and historical events and a list of characters and historical figures.